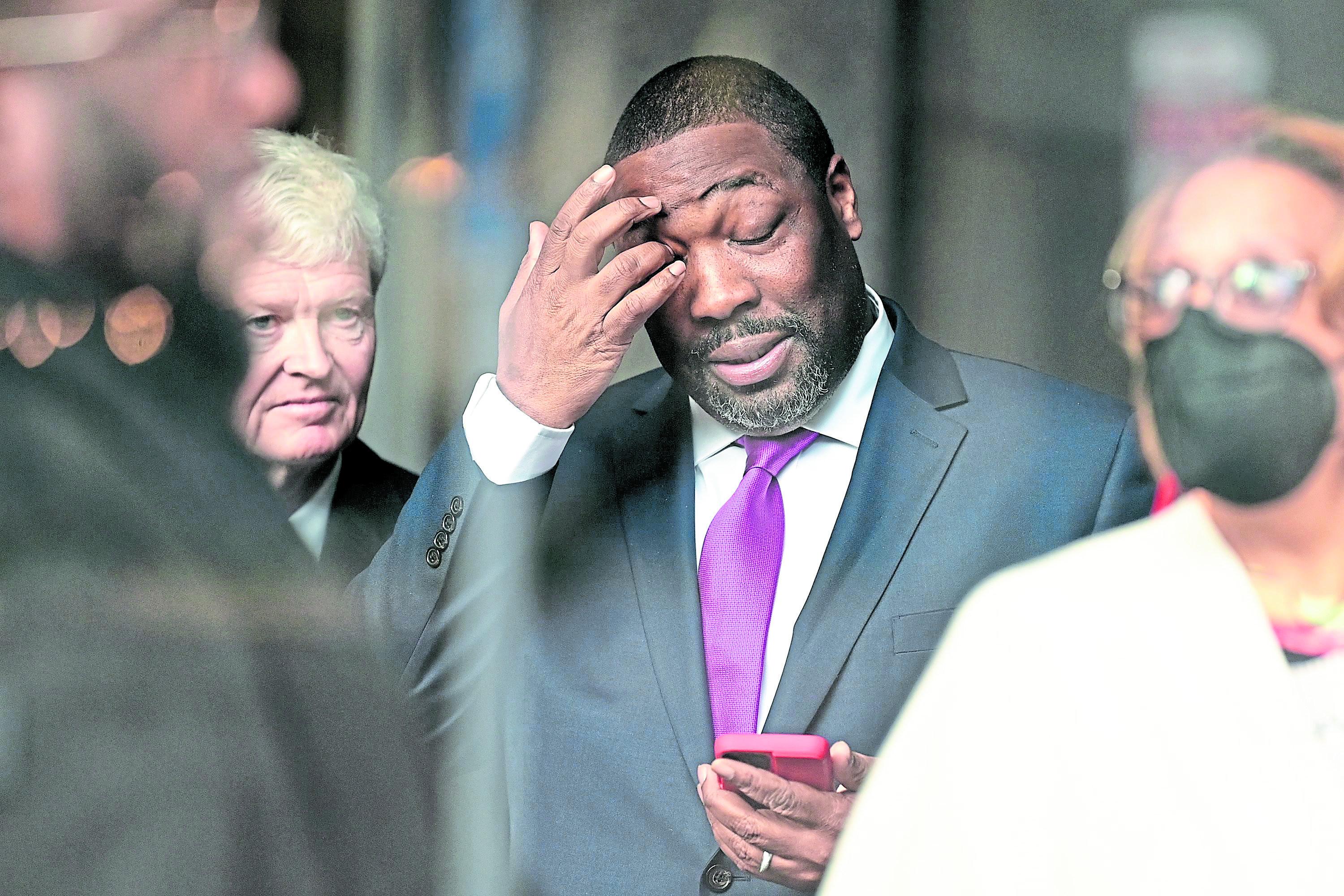 Philadelphia City Councilmember Kenyatta Johnson failed to disclose rental income from last year on his financial disclosure form, and his wife operated three rental units without the required licenses until late May, The Inquirer found in a review of property and ethics records.

Johnson said through a spokesperson that he is amending his disclosure reports to include the improperly omitted income, which he attributed to paperwork errors.

His wife, Dawn Chavous, struggled to obtain rental licenses for a variety of factors including the city's new lead certification requirements, the spokesperson said.

Experts warn that the thousands of unlicensed rental units in Philadelphia endanger residents by allowing their landlords and buildings to fall off the radar of the city's regulatory and housing safety efforts - a point that some members of Council recently emphasized after an April fatal fire in an unlicensed property.

Meanwhile, Johnson and Chavous are awaiting a retrial in a federal corruption case that also involved problems with financial disclosure and real estate. Prosecutors allege Johnson assisted a local nonprofit in obtaining zoning changes to properties it owned in exchange for what they've described as a "low-show" consulting job for Chavous.

The couple have denied any wrongdoing and a jury deadlocked on the bribery charges this spring. The case has been scheduled for retrial in September.

Under the city's ethics code, rental income and directly held real estate must be reported on an annual financial disclosure. Those records show several Council members moonlight as landlords - including the "condo king" Allan Domb, who controls dozens of downtown properties and hundreds of rental units through a web of holding companies.

Johnson in 2016 bought a property on South 19th Street, in his South and Southwest Philadelphia-based 2nd District, and two years later disclosed rental income from a tenant living there.

But after that year, the property disappeared from Johnson's subsequent financial disclosure forms, even though he still owns it and it has a current rental license.

Johnson referred questions to political consultant Dan Fee, who acknowledged that Johnson had continued renting the South Philly rowhouse until some time in 2021.

Fee said the Council member stopped disclosing the property because the city changed the reporting rules to only require that net income be reported. Johnson's rental unit, which is now vacant, didn't turn a profit last year, Fee said.

The only problem: Ethics rules specifically require disclosure of all rental income, not just net proceeds, and the regulations haven't changed in that regard. In subsequent questioning, Fee wouldn't address why Johnson was under the impression that the rules had changed in that manner.

"It was an oversight on Councilmember Johnson's part," Fee said. "He has already amended his report."

Johnson's amended report had not yet appeared on the city's website as of Monday. Fee did not respond to a request for the report, or a question about the amount of income that Johnson received from it in 2021.

Patrick Christmas, policy director of the good-government group Committee of Seventy, said Johnson's omission could undermine the public's faith in its elected officials.

"Any time there's an ethical issue in City Hall, big or small, a mistake or something that's not a mistake, there's a risk of it denting public trust," Christmas said. "The disclosure forms matter a great deal because - especially for those with a great deal of decision-making power in government - we need to know where those potential conflicts lie. So it's good this was caught and it's good this was amended."

Christmas also noted that a separate omission of income was a major factor in the criminal case against Johnson and Chavous.

Prosecutors alleged Johnson received a bribe in the form of consulting work for Chavous, who had been retained by the nonprofit Universal Companies. He never disclosed that he had a potential conflict of interest regarding the property due to his wife's work, which could have led to his being forced to recuse himself from actions on Universal's properties under the city's ethics rules.

"If the Council member was unsure about the real estate matters that became the heart of this federal trial, and sought guidance from our ethics officials, he may have disclosed this conflict, recused himself from any official action, and precluded any possible investigation or trial to follow," Christmas said. "That may be the biggest example we have in recent years of why you always ask the question."

Johnson's rental property was properly licensed. But until a month ago, three apartments owned by Chavous were not. One property, on St. Bernard Street, was cited by building code inspectors for its missing rental license on April 28, records show.

Fee said that Chavous also delayed obtaining the licenses for "some personal and some professional" reasons.

He noted that she "secured the necessary inspections and licenses" by the end of May - just before The Inquirer reached out to Johnson for comment, but after a reporter had begun visiting other members' rental units.

One of the three units, on Dickinson Street, had never been licensed before May 26, even though Fee acknowledged that Chavous had owned the property for years and rented it.

Council discussed rental licensing in April after the deadly house fire in an unlicensed unit. Some members called for proactive inspections by the Department of Licenses and Inspections, a virtual impossibility without a registry of active rentals.

Research from the Pew Trusts last year estimated that upward of 45% of rental properties in Philadelphia were unlicensed. In the April hearing, several members underscored the need to tighten enforcement.