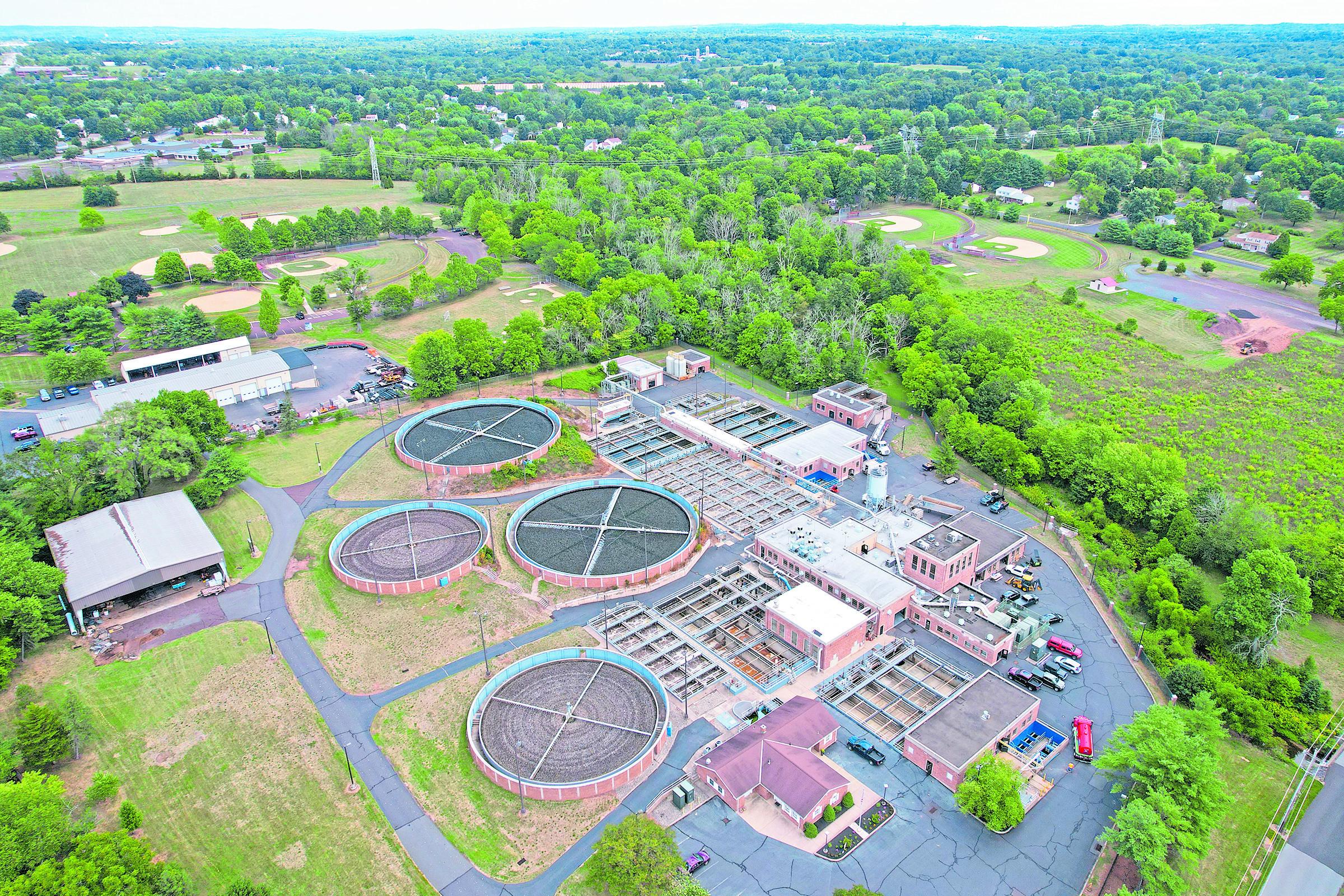 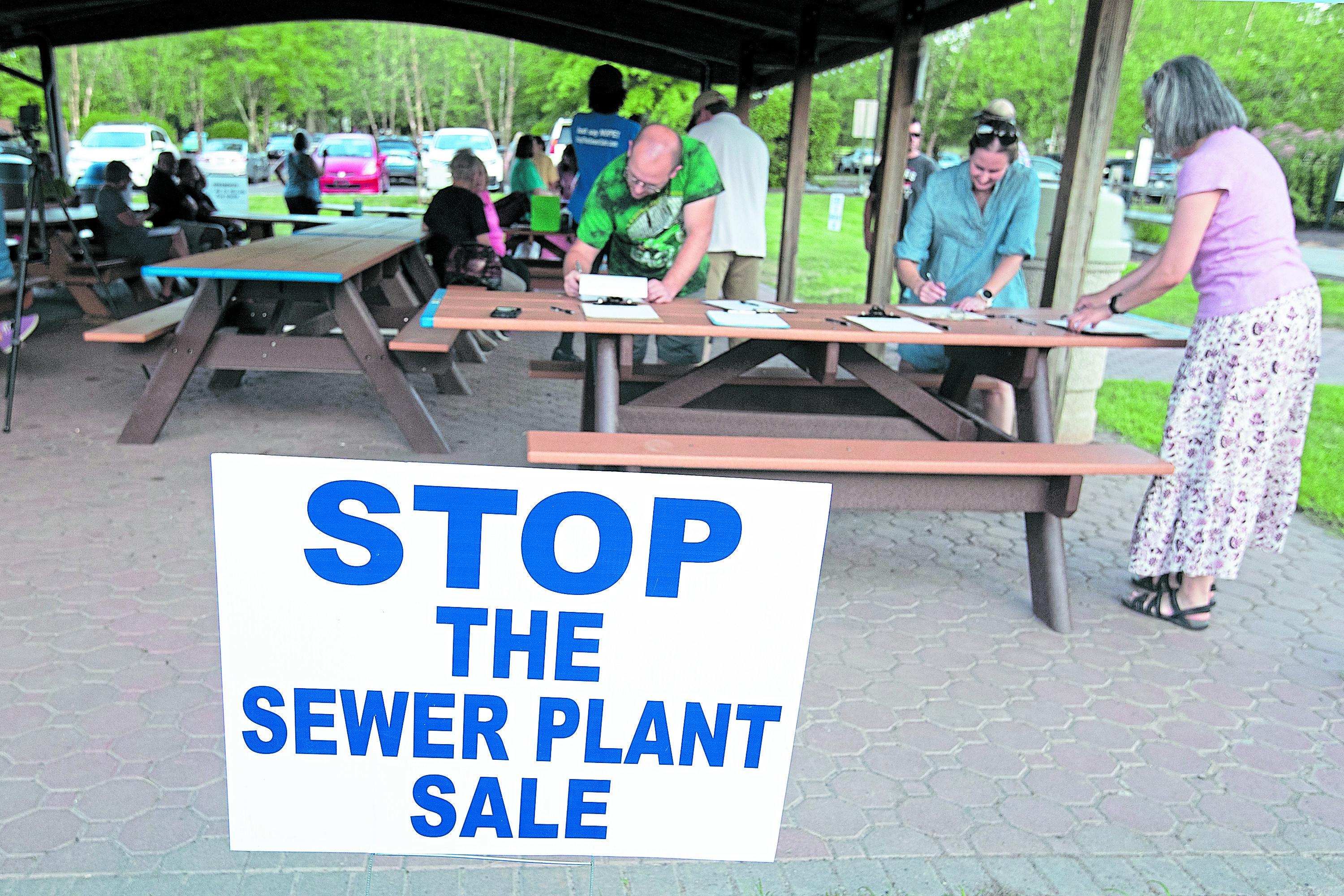 are organizing a ballot campaign against the sale. 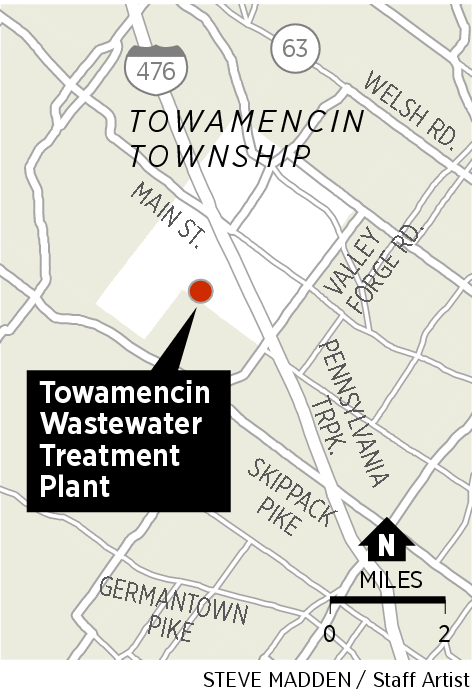 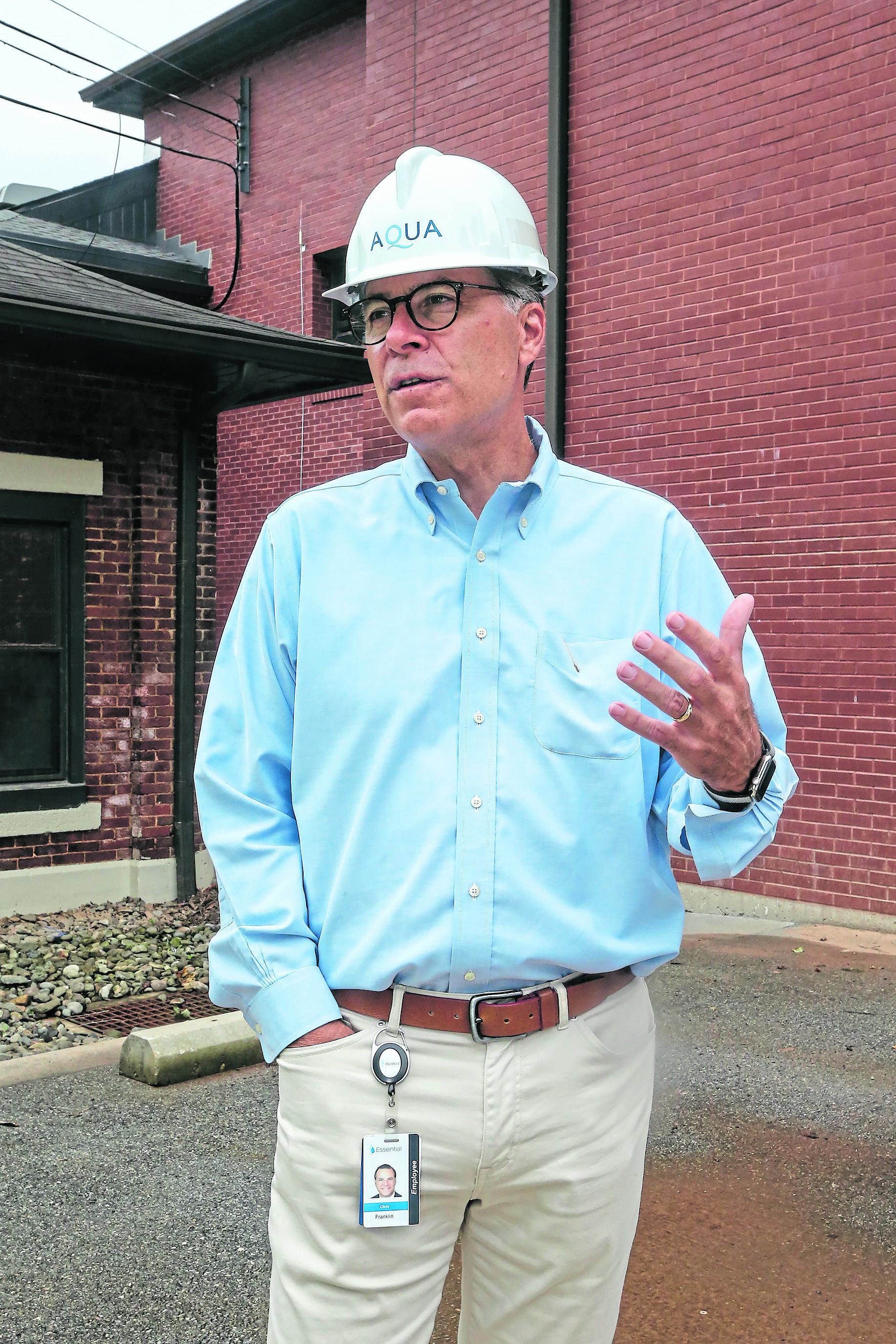 Christopher H. Franklin, chairman of Essential Utilities, says an established water utility such as its Aqua subsidiary could spread the cost of acquisitions and improvements across an existing customer base of nearly 500,000 customers in Pennsylvania. STEVEN M. FALK / Staff Photographer
PREVIOUS IMAGE

Towamencin Township, a suburban Montgomery County community with a population of about 18,000, received bids in February from five suitors to acquire its municipal sewer system. The offers left township supervisors breathless.

But the real shock was a bid from NextEra Water, a Florida company that owns no other Pennsylvania water utilities. It offered to pay Towamencin $115.3 million for its wastewater system - 25% more than Pennsylvania American Water, and more than double Aqua's bid of $54.1 million.

"When we received two bids over $90 million, to say I was surprised would be an understatement," Supervisor Richard Marino told a town hall meeting in April.

The NextEra offer of $115.3 million was "totally out of line with what we thought we would receive," H. Charles Wilson III, the chairman of the township's board of supervisors, said at the meeting. NextEra's offer for the sewer system amounts to nearly eight times the township's entire annual operating budget of $15 million.

The supervisors said the sale of the sewer system and its 7,500 accounts to NextEra would allow Towamencin to retire its debt, forestall property tax increases, finance some projects immediately, and stash $87 million in the bank. Future township improvements would be funded just from the interest earned on the $87 million reserve. Marino called the sale "a generational opportunity to reboot and reset our finances for the foreseeable future."

The township supervisors voted 4-1 in May to accept the NextEra bid over vocal objections of residents who fear that homeowners and businesses will pay higher sewer rates to cover NextEra's elevated purchase price. The opponents are organizing a ballot campaign to rewrite the town's charter to block the sewer system sale and reverse the "backdoor tax increase" on sewer customers.

Regardless of the final resolution of Towamencin's political turmoil, the sale process has been a stunning debut for NextEra Water, a new player with deep pockets in the competition to buy up Pennsylvania's fragmented municipal water and wastewater systems.

NextEra Water is a subsidiary of NextEra Energy of Juno Beach, Fla., an infrastructure firm whose principal asset is an electric utility, Florida Power and Light. It also owns a large portfolio of renewable energy assets.

NextEra Energy is sometimes called "the largest company that you've never heard of," Bruce Hauk, the president of NextEra Water, said during an introductory meeting with Towamencin residents in April.

Though NextEra says it is an experienced operator of wastewater systems at its own power plants, it began to explore expanding into water utilities only in the last year.

The frenzy to consolidate systems in Pennsylvania has been spurred by a 2016 state law, Act 12, which has revolutionized the privatization process by incentivizing the sale of water and wastewater systems at "fair market" prices, which can be much higher than the actual book value of the assets.

Until recently, the competition in Pennsylvania has largely been dominated by the nation's two biggest investor-owned water companies, both headquartered in the Philadelphia area: American Water Works Co. Inc., based in Camden, and Aqua America, a subsidiary of Essential Utilities Inc. of Bryn Mawr. Both are experienced at navigating the region's political and regulatory systems, vital skills for public utilities whose operations require close cooperation with government.

But private equity funds are showing heightened interest in buying municipal utilities, which require ever more capital to replace aging infrastructure and to respond to new climate and environmental challenges, such as contamination by compounds known as PFAS. Unlike some other states that have enacted legislation that allow only fair-market acquisitions of distressed municipal utilities, Pennsylvania's Act 12 legislation can make it attractive for any town to sell at a high price.

"You can really go after any system in Pennsylvania," said an investment analyst who follows the industry and was not authorized to speak publicly. "That really makes the big guys open to the market. Plus, Pennsylvania has scale - it's a large state with a lot of opportunity."

Several investment firms have recently entered the Pennsylvania market, primarily focused on leasing and not buying municipal systems, which they would operate through contractors.

VICO Infrastructure, a California venture that works in partnership with the the private equity giant Carlyle Group, was a distant bidder in the Towamencin process. And Bernhard Capital Partners of Baton Rouge, La., has been active in bidding for leases in Pennsylvania and New Jersey.

NextEra Water also tried to bid for the Bucks County Water and Sewer Authority recently but was rebuffed when BCWSA last month awarded Aqua Pennsylvania the right to finalize a $1.1 billion offer for its sewer system. Bucks officials said they favored operators with a Pennsylvania track record.

The question of how NextEra would recover its $115.3 million purchase price from Towamencin's 7,500 customers and the impact on rates was a central issue raised by opponents of the sale.

Christopher H. Franklin, the chairman of Essential Utilities, told investment analysts in October that an established water utility such as Aqua has an advantage because it can spread the cost of acquisitions and improvements across an existing customer base of nearly 500,000 customers in Pennsylvania.

But a company such as NextEra, which has 5.7 million electric customers in Florida, can't pass on the costs of its Pennsylvania water utility acquisitions to Florida ratepayers. "They can't spread their water costs on their electric customers," said Franklin said. "So they've still got to confine any rate increases for acquisitions on those customers they have."

NextEra's Hauk said the company did not plan to recover the full price in rates. The amount it could recover would be set by Pennsylvania Public Utility Commission based on fair-market appraisals, if the sale were approved.

It seems clear to most observers that NextEra is paying an above-market price for the Towamencin system to establish a base upon which it can expand in Pennsylvania by buying other systems.

"Sometimes companies will do that to penetrate the market, get their foot in the door, and are fully aware that they're probably not going to get the return on investment and recover the full 115" million dollars, said Supervisor Marino, a contractor by trade.

Aqua 'not too worried' as NextEra expands

NextEra last year signaled its broader interest in water utilities when it announced the acquisition of a portfolio of 23 water and five wastewater utility systems in several counties surrounding Houston. The deal with Quadvest L.P., another private investor, closed last month. The purchase price was undisclosed.

"The proposed acquisition expands our regulated utility business in an attractive market with significant expected customer growth and furthers our strategy to build a world class water utility in the coming years," Kujawa said. "We are optimistic about the strong growth anticipated in this new market and the potential for clean water solutions to generate additional contracted renewables opportunities going forward."

Some analysts are impressed by NextEra's expansion into water.

"This move provides the company with huge growth potential, as the U.S. water and wastewater utility industry is highly fragmented," the Motley Fool investment advisory service said in a June blog post. "NextEra's considerable financial resources give its NextEra Water subsidiary the potential to be a formidable player."

Franklin, the chairman of Essential Utilities, told analysts last year that Aqua welcomed NextEra and was "not too worried about" the competition.

"As we think about this privatization trend, the more that occurs successfully, the better it is," Franklin said. "We think this is a pretty big market. We've certainly been successful in our market share and we think we can continue to do that."

NextEra said it would operate the Towamencin system through a contractor, U.S. Water Services Corp., an unaffiliated Florida company.

PFM's projections were met with skepticism by opponents, who argue that PFM is not an impartial adviser: The firm stands to earn an $807,000 fee - 0.7% of the sale price - if the deal closes next year. If there is no sale, PFM makes a $9,500 fee.

"We don't believe the numbers that have been shown throughout the presentations are accurate," said James Lee, general counsel of the Clemens Food Group, the makers of Hatfield meats, whose processing facility in neighboring Hatfield Township is the largest customer on the Towamencin wastewater system.

The meat producer estimates that its annual sewer fees would double to $1.6 million if the sale went through, "which will significantly impact our operations in Hatfield," Lee said at the April town hall. He warned the township that Clemens is "looking at all options to either reduce or eliminate our flow" to Towamencin should the sale go through.

In the end, the township supervisors were unmoved by the opposition, calling the sale a "no brainer."

"It's a huge plus for the community, to be able to pay off all the debt, create space in the annual operating budget, to do other initiatives, and to meet future increase in costs," said Wilson, the chairman of the board.