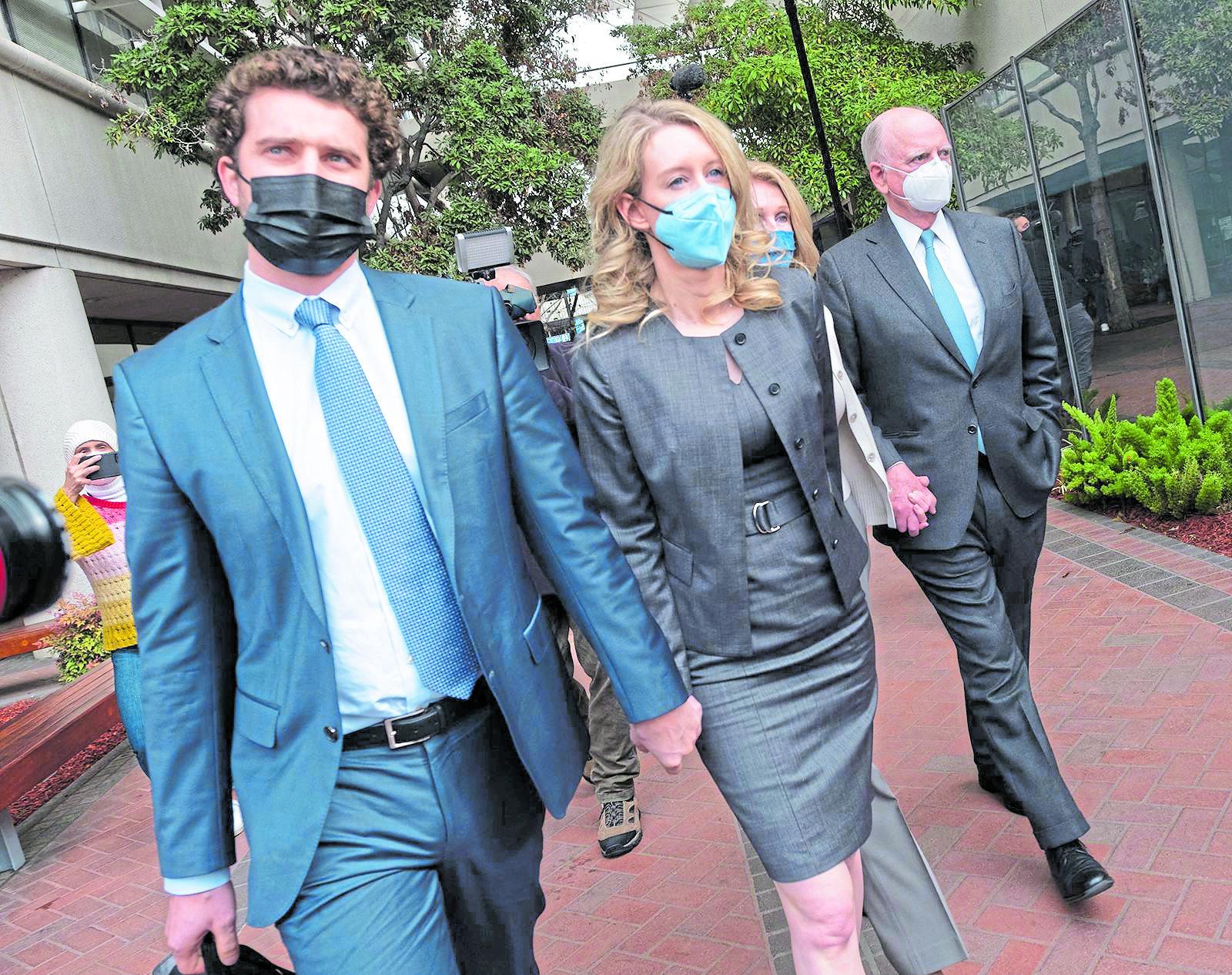 Theranos founder Elizabeth Holmes, who was convicted this week of fraud, leaves the courthouse during jury deliberation in her trial in San Jose, Calif. AFP
PREVIOUS IMAGE

Here again, Amy Wax's comments on "the other" raises the stakes in an ongoing left-right discourse on whose cultural values matter, and greater than that, which cultural groups should be allowed to participate in the American Experiment. A tenured law professor at the University of Pennsylvania Carey Law School, Wax is no stranger to controversy involving polemic racial comments about marginalized groups in America. Her previous target: African Americans. Wax used the "how many" metric to conclude that African Americans are inept in their pursuit of the American dream within the ivory towers of academia, using a very unscientific tool: her own personal experience at the Ivy League university. She has stated that during her tenure, there haven't been any African American law students within the top percentile of the institution, in effect branding a "mediocre scarlet letter" on the chest of all African American law students. Her new target: Asian Americans. In her latest comments, Wax suggests that immigration quotas should be reimposed on people arriving to the United States from Asian nations due to their overwhelming support of the Democratic Party.

This level of discourse should be seen for what it actually is: a polemic commentary in search of an audience seeking to blame "the other" for its failure to continue to thrive in a sea of diverse competition.

Voting rights is a nonpartisan issue

I appreciate the recent op-ed penned by Rep. Dwight Evans ("We must protect the vote," Jan. 2) calling for the critical need to fight voter suppression of all kinds, especially during the anniversary week of the Jan. 6 U.S. Capitol riot.

However, most of the coverage I am seeing shows partisan bias, casting Republicans as bad guys and Democrats as good guys. I would like to call up the casting director and point out that both parties practice voter suppression when they believe it is beneficial to their needs. This is a critical problem to our democracy, as independents now outnumber those affiliated with the two major parties.

Both parties actively bar independents in many states from voting in primaries, including Pennsylvania. This, even though primary elections are publicly funded and are the important first round of elections, determining who the rest of us can vote for in the general elections. Gerrymandering is a tactic of both parties, where politicians choose their voters instead of the other way around. Closed primaries and gerrymandering render lifeless any real competition in elections and lead to a result that does not represent the will of the people. Let's take back the power of the ballot box. Our democracy depends on it. Power to the people, not the parties.

The article on the influence of the Theranos trial on venture capital funding was correct in many ways, but lacked one critical element - namely, the opinion of informed clinical scientists about the Theranos technology. When Elizabeth Holmes made her presentation at the annual meeting of the American Association for Clinical Chemistry (AACC) in Philadelphia in 2016, five experienced scientists were asked to attend the lecture and report their opinions on all aspects of the technology. Their opinions, none of which endorsed the technology or indicated a promising future for Theranos, were published in November 2016.

It was, to my knowledge, the first presentation and discussion about the Theranos technology to an informed audience. Exposing new technology prior to the final launch of a new diagnostic product and engaging potential users of the product in alpha and beta testing is well established, but Holmes did not do this and did not appear to engage any well-known clinical scientists with experience in microtechnology and method development during the critical early stages of her work.

Good venture capitalists invariably engage informed scientists to assess new technology before they invest. Many of the key investors in Theranos did not appear to do this.