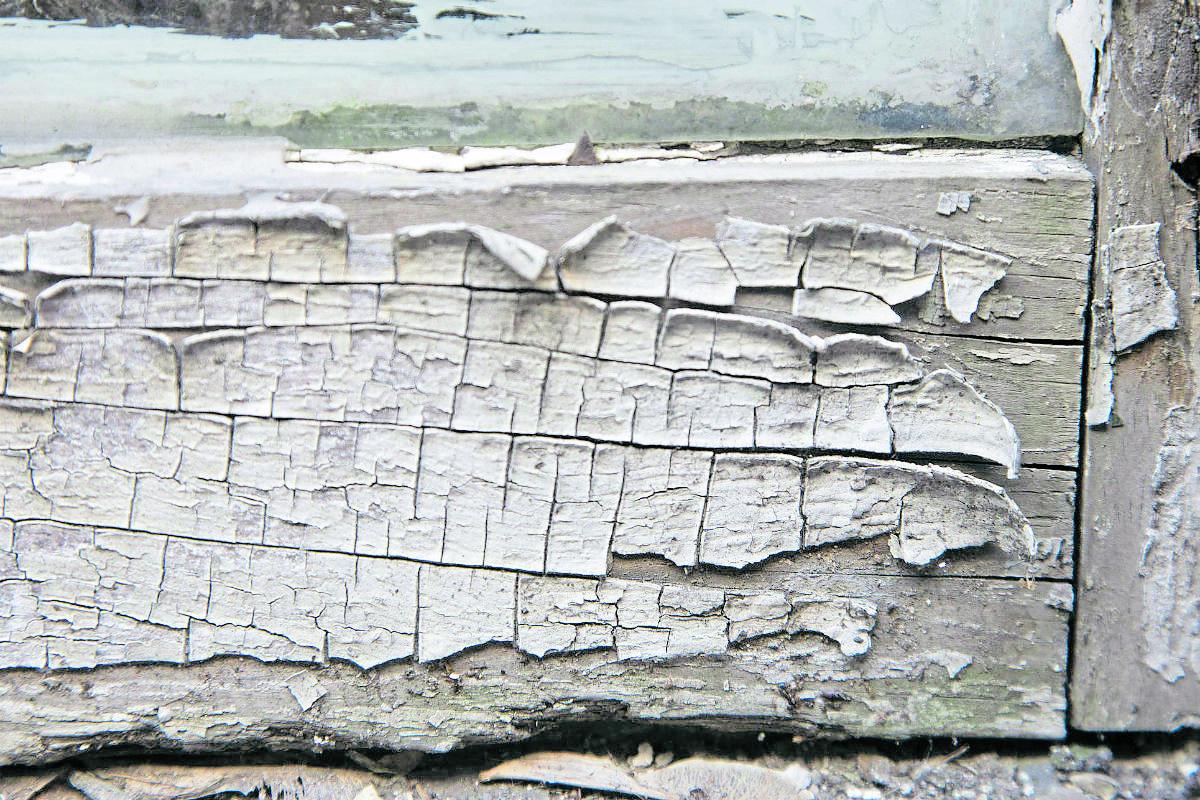 Lead paint peels on a house in West Philadelphia. According to one study, about 9,000 Pennsylvania children are diagnosed with lead poisoning each year. JESSICA GRIFFIN / Staff Photographer
PREVIOUS IMAGE

While several national efforts to prevent lead poisoning have been successfully implemented over the past 50 years, including a ban on lead-based paint, a ban on the use of leaded gasoline, and lowering the limits of lead in drinking water, roughly half a million children under age 6 nationwide are still affected by lead each year. And almost 70% of those children are exposed to lead in their homes.

In 1978, the federal government banned the use of lead in paint, a victorious moment because, at the time, several studies had demonstrated that lead-based paint was associated with neurodevelopmental delays in children under age 6. Some of the effects associated with lead include hearing and speech impairments, behavioral and learning problems, impulse control disorders, and aggressive behaviors. Lead is a toxin; there is no safe level of lead in the body.

In addition to its importance as a public health issue, lead abatement is also a matter of social justice. Due to historic systemic racism and economic inequalities, certain groups including Black people and Hispanic people are more likely to be impacted by lead poisoning.

With those factors in mind, I have some ideas about a three-pronged approach focused on funding, policy, and education that our state could use to promote lead abatement in older homes.

State officials should invest in lead abatement by establishing a dedicated noncompetitive funding stream. Federal funds are used by states and municipalities nationwide to ensure the homes children live in are safe. However, because the funds are competitive, it is difficult to develop a strategic abatement plan.

Abatement costs can be prohibitive, especially for low-income families. However, provision of these funds makes addressing lead poisoning proactive and not reactive. Historically, it is only after a child is screened and identified as having a high blood lead level that interventions are set into motion.

And these efforts have significant cost benefits, too: It's estimated that every dollar spent on lead remediation yields a return on investment of at least $17.

All rental properties should be required to have a lead-safe certification before tenant occupation. Renters are more likely to be at risk of lead poisoning, as they often do not have the autonomy, the finances, or the desire to improve the property. Such enforceable policies would nudge landlords and homeowners to act responsibly regarding lead abatement.

Evidence shows that knowledge about lead poisoning and lead abatement is low in some regions. Increasing awareness of both the effects of lead poisoning and existing lead abatement programs to families, health-care providers, landlords, and educators is likely to increase the rates of residential lead abatement. When individuals are confronted with the reality of lead's damage to health and the preventive efforts, they are more likely to apply for funds to make their homes lead-safe.

Lead poisoning is incurable, but it is 100% preventable. Prevent lead poisoning and keep children safe by creating a specific fund for lead abatement, establishing enforceable policies to ensure healthy homes, and increasing awareness of the dangers of lead poisoning and how to prevent it.

Harriet Okatch is an assistant professor of public health at Franklin and Marshall College and cochairs the statewide Lead-Free Promise Project.