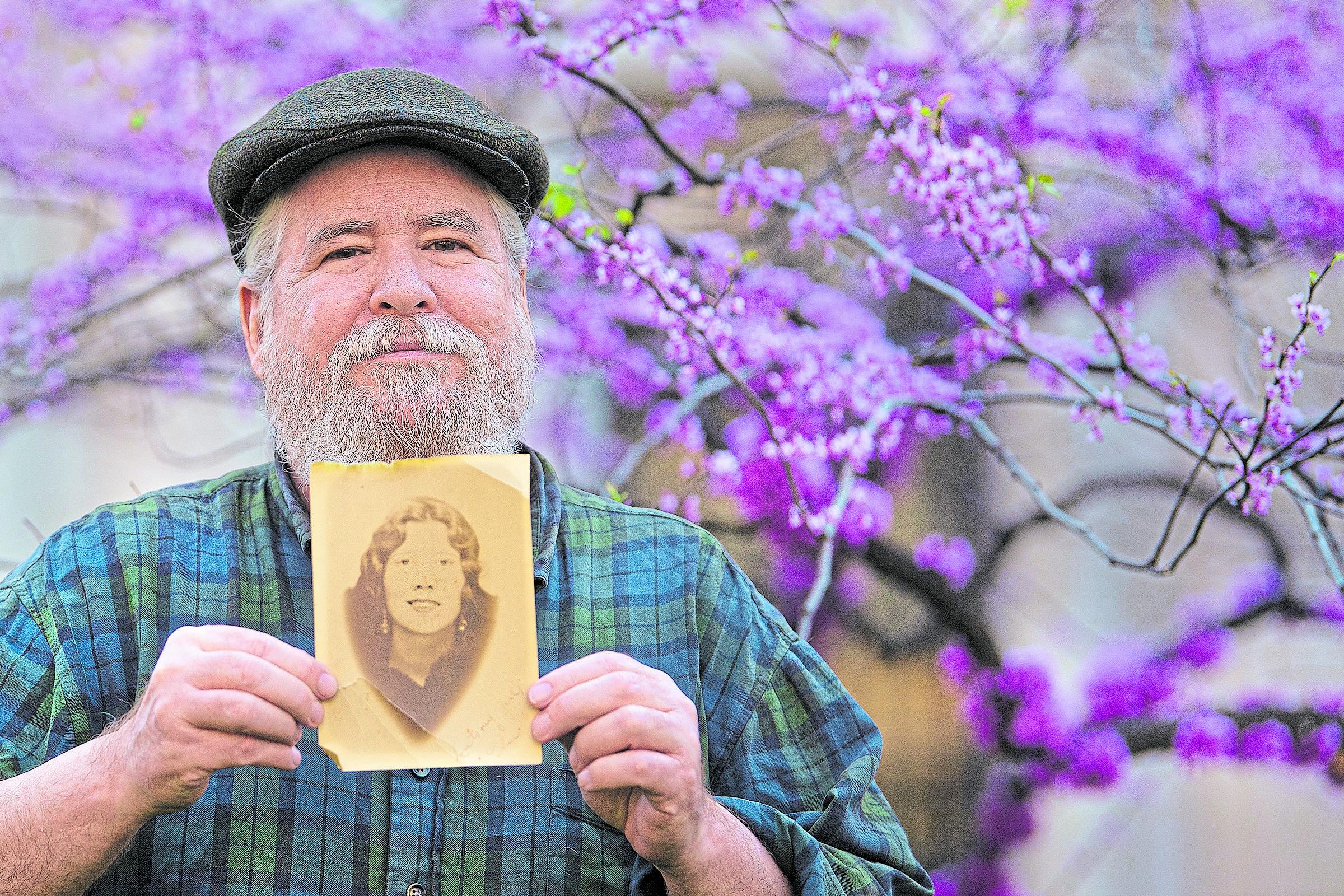 Bob McNulty with a photograph of his grandmother, Susan Regina Casey Reis McNulty, whom he credits for helping inspire him to start his Facebook page. JOSE F. MORENO / Staff Photographer 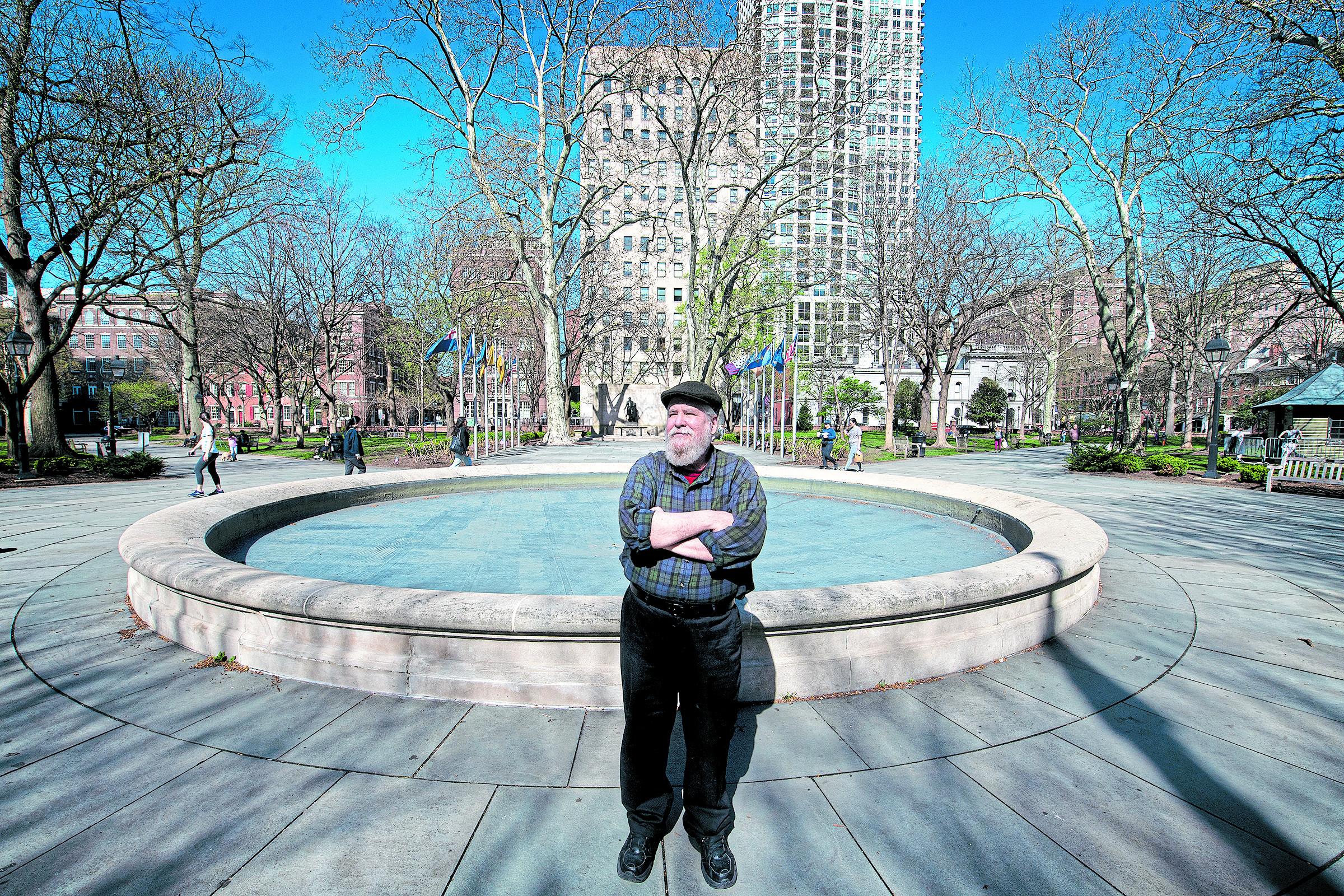 Bob McNulty at Washington Square Park. Since 2013, he has been carefully researching and sharing the stories of Philadelphia's past on his Facebook page, "Philadelphia Stories by Bob McNulty," which has more than 17,000 followers. JOSE F. MORENO / Staff Photographer

McNulty considers his profiles of Philly veterans, like Russell C. Gross, to be his most important stories. Gross was killed in action in 1918. Courtesy of Bob McNulty 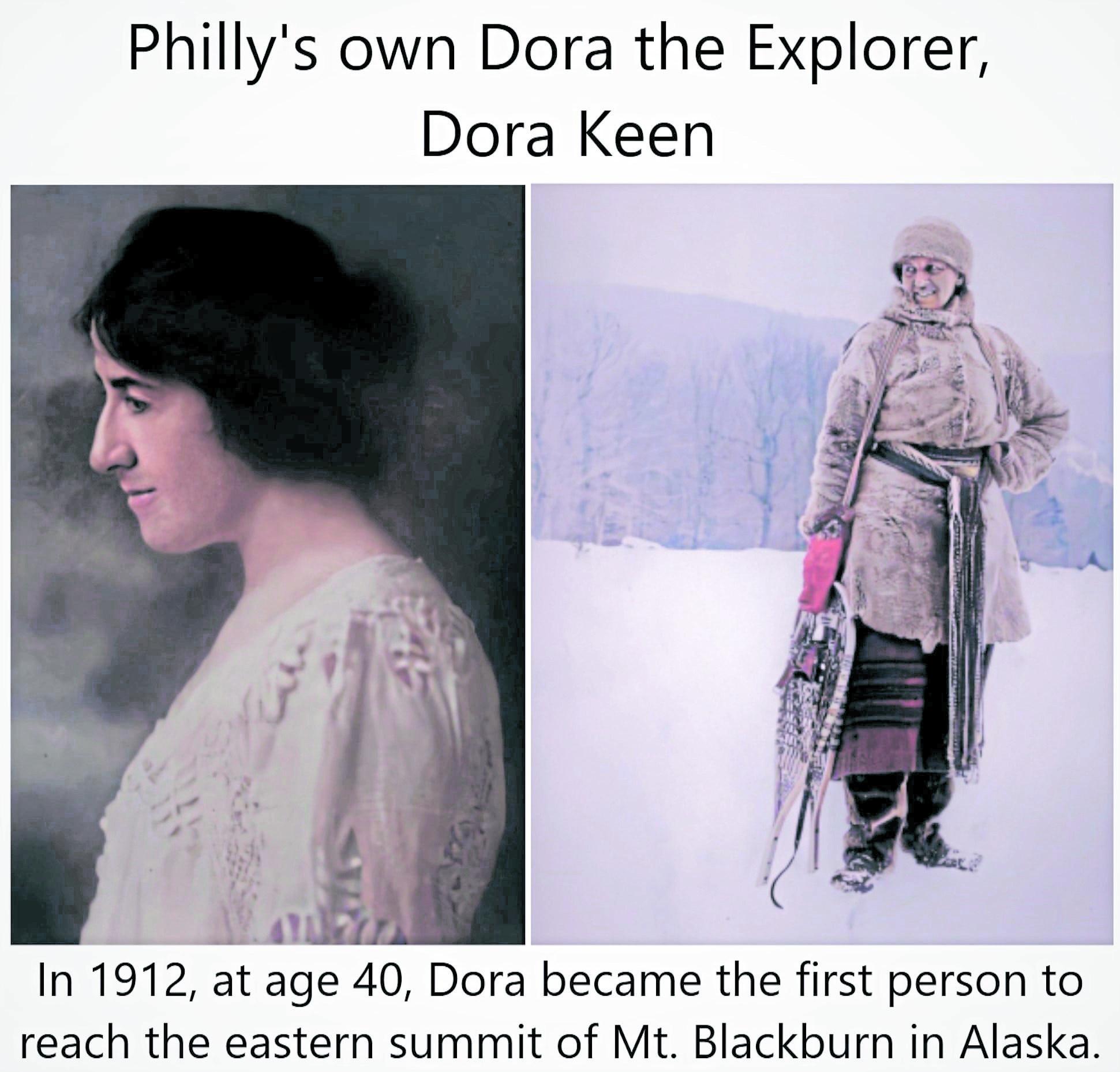 Dora Keen, Philly's own "Dora the Explorer," who became the first person to reach the eastern summit of Mount Blackburn in Alaska. Courtesy of Bob McNulty
PREVIOUS IMAGE

For much of the 27 years Bob McNulty spent as a dock worker at Pier 78 on the Delaware River, he said he "never wrote anything more than my name."

"It was good work but I didn't feel like I contributed anything," he said.

So in 2013, McNulty - inspired by his grandmother and Larry Fine of The Three Stooges - created his Philadelphia Stories by Bob McNulty Facebook page, where he posts well-researched and captivating tales from Philly's past using old newspapers, city directories, and U.S. Census records.

A self-taught writer and researcher who describes himself as "very shy," McNulty hoped maybe 20 people would follow his page. Today, more than 17,000 do.

In comments on his posts, his followers call him a "master storyteller" who captures "the essence of what it was like to live in a City of Brotherly Love so long ago" and writes his tales "as if the reader was there."

His detailed posts range from stories of everyday people who did extraordinary things, like Dora Keen, Philly's own "Dora the Explorer," who, at age 40, was the first person to reach the eastern summit of Mount Blackburn in Alaska in 1912, to events that shook the city, from the Tidewater Mill and Elevator Company explosion in 1956 to the kidnapping of the "Queen of Philadelphia's Red Light District" in 1901.

In a March post about the history of cats in Philadelphia, McNulty seamlessly tied together stories about the creation of Morris Animal Refuge; a Philadelphia man who divorced his wife because she spent their money on her nine cats instead of on him; and a Philly cat named Billy who learned to beg for coins and died in 1913 with a life savings of $5.83.

"I go through a lot of reading to find this stuff," McNulty said. "It's fun piecing these stories together."

His stories not only help Philadelphians connect more closely with the city they love, sometimes, they help connect people with ancestors they never knew they had.

Just this year, McNulty told the story of Clara "Cassie" Nicholas, a waitress who was shot twice in the back by a coworker in 1901, but survived and went on to earn the nickname, "The Philadelphia Pollyanna." After he posted the story, McNulty heard from Nicholas' great-great-niece who hadn't known anything about Nicholas or her incredible story.

"I gave her back to her family and that made me feel so good," McNulty said. "That's happened several times and it's a high point for me."

McNulty is equally as passionate about sharing the stories of those Philadelphians who don't have descendants or whose own tales may have been lost over time.

"Some people have nobody left to pray for them or tell their story," McNulty said. "Well, we can remember them. We can pray for them."

McNulty, 57, of Wissinoming, a married father of two, was born and raised in Kensington, where he grew up attending Ascension of Our Lord Parish (a now-shuttered parish he's written a four-part history about on his page). When his family moved to Cinnaminson, N.J., McNulty came back on weekends, holidays, and summers to stay with his grandmother, Susan Regina Casey Reis McNulty, who lived at B and Indiana Streets in Kensington and loved sharing stories with him about her own past and Philadelphia's history.

After graduating from Cinnaminson High School in 1983, McNulty worked as a land surveyor for seven years, the last two of which he spent at a toxic landfill, the Helen Kramer Landfill in Mantua Township, where he once sunk into a pool of cyanide.

"They had to get a forklift and pull me out," he said. "That was enough."

A friend then helped him get a job as a dock worker at a paper warehouse on Columbus Boulevard, where he worked checking outbound trucks and retired with a full pension on his 55th birthday in 2019.

McNulty's love of Philly history started when he began recording and researching his grandmother's stories, like her visit to the Sesquicentennial Exposition in 1926. He'd go to look up tales from her past in old Philly newspapers, like The Inquirer, the Daily News, and the Philadelphia Evening Bulletin, and stumbled upon other stories he felt were worth retelling, which he'd casually share with his friends from Kensington.

But it wasn't until 2013 when he watched a "poorly-researched" documentary on Larry Fine of The Three Stooges, whom he'd been a fan of since the 1970s, that McNulty felt compelled to share his stories with a wider audience. Through his own research, McNulty discovered that Fine, whose real name was Louis Feinberg, was born in South Philly and once helped to rescue people from a burning building as a young man.

"That's when I started my page figuring a lot of people would like to hear that story," he said.

When he was still working, McNulty would put in 50 hours a week at the docks and then spend another 50 or so hours researching and writing his stories.

Now that he's retired, McNulty spends much of his time with his 15-month-old grandson, Pax, and about 20 hours a week on his Facebook page.

What's struck him the most in his years of research is how resilient the people of Philadelphia were in the past.

"The child mortality was unbelievable. I'll do stories about people with eight kids and only four survive. How do you live after that?" he said. "You have to be strong people."

But what's most troubling to McNulty is the lack of past newspaper coverage of Black Philadelphians. Even in the coverage that does exist, Black people are often identified not by their names, but by their race alone, he said.

"I only have 10 stories about African Americans and it's not for lack of trying," he said.

While he doesn't advertise it, sometimes McNulty will see someone post on another Philly Facebook page, seeking information about their birth parents, and, without being asked, he'll research their family history and turn over what he finds.

"I love helping people like that because I've got a few question marks in my family history," he said. "I figure if I help enough people, maybe someday someone will help me and have answers for me."

Of all the stories he's written, McNulty said the most important ones, in his opinion, are the profiles he writes about veterans each Memorial Day.

"Who deserves more to be remembered than someone who gave everything so I could have what I had?" he said.