Aid for Those Buying And Fixing Up Houses
Pa. and city grants, loans could offer help with affordability. 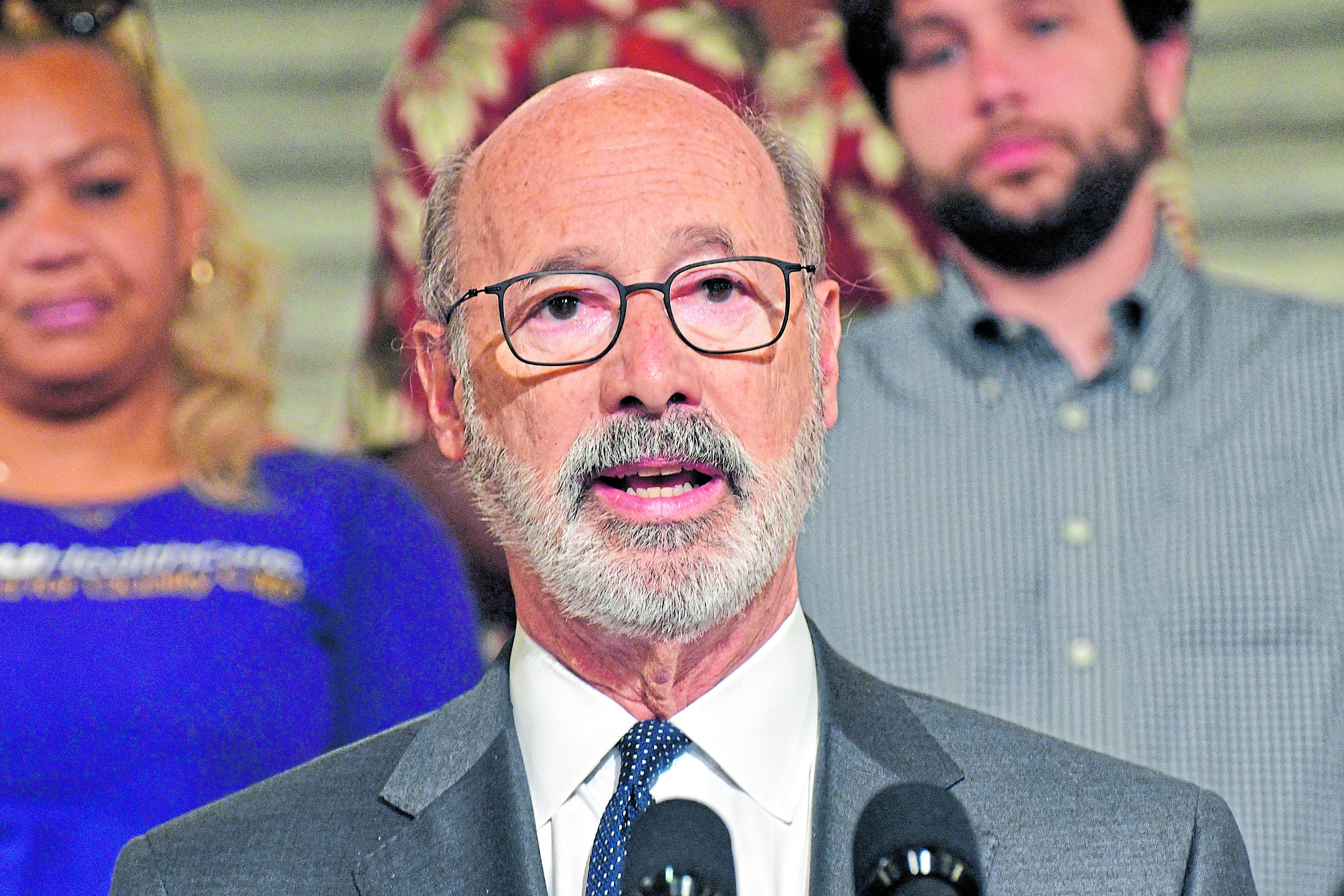 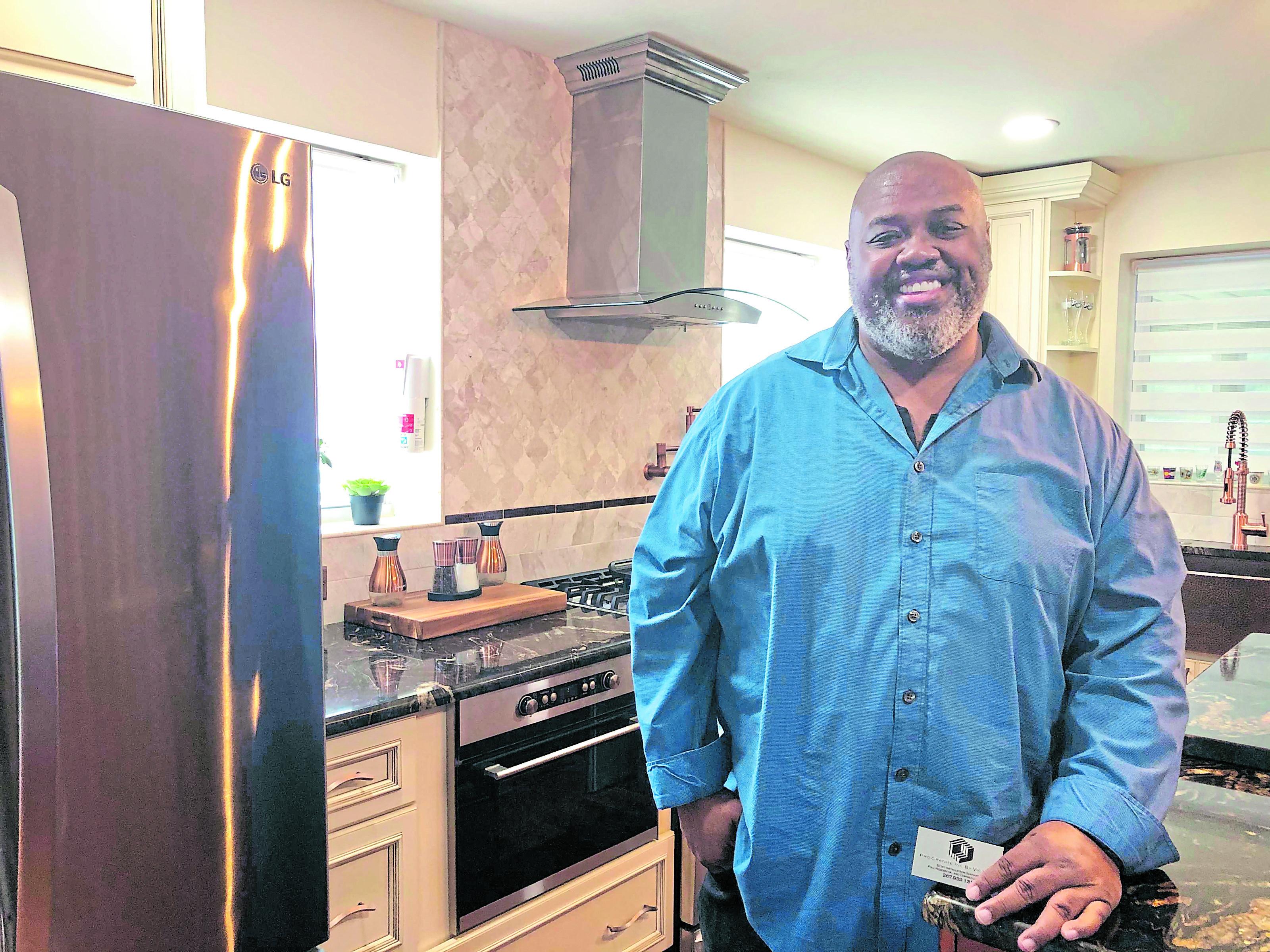 Jon King says he tells everyone about the Restore, Repair, Renew program. He secured a loan from the program to complete work on the kitchen in his East Mount Airy home that was halted with the arrival of the pandemic. MICHAELLE BOND / Staff 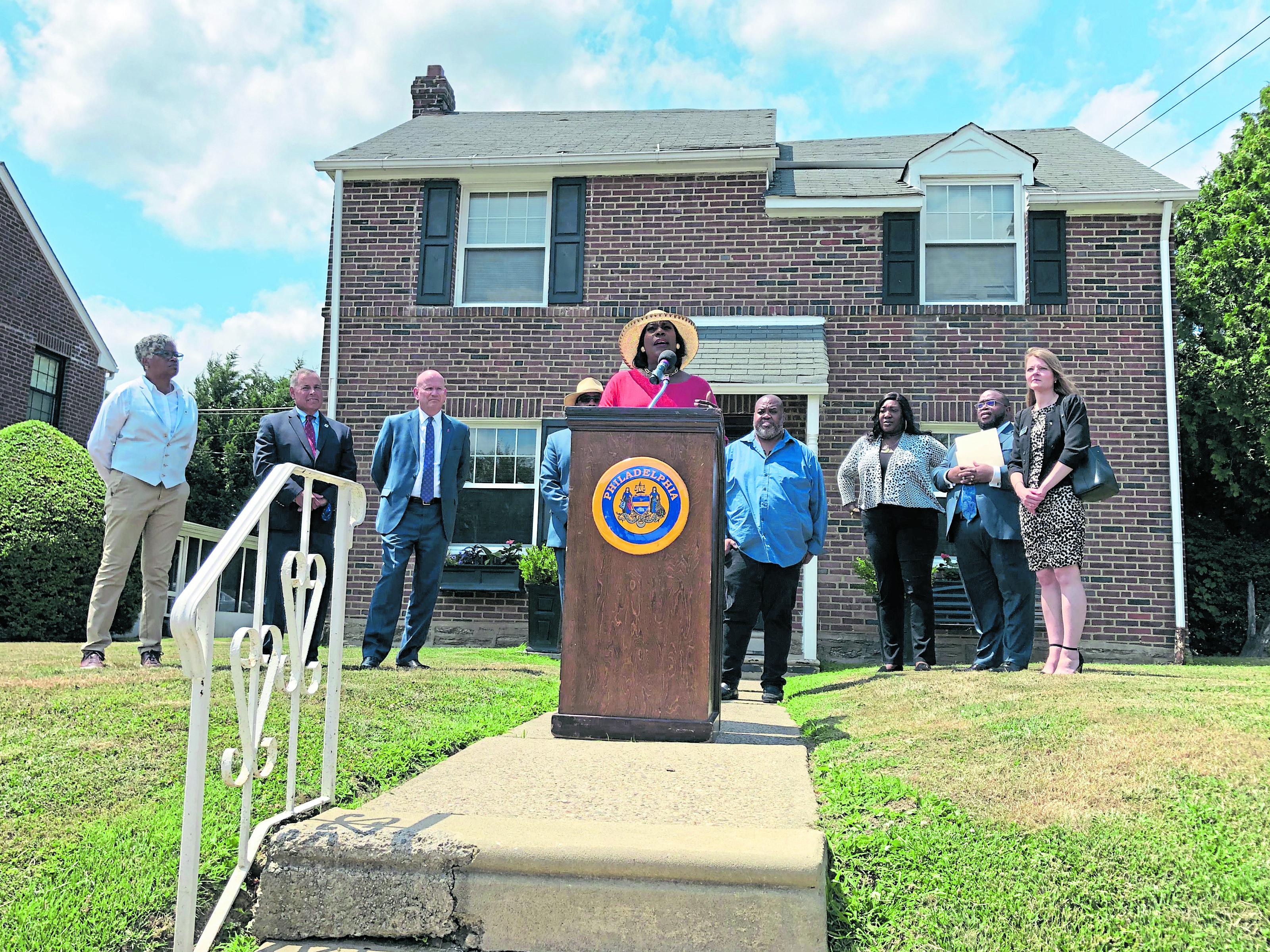 Three new housing policies by state and city officials aim to preserve and grow the amount of housing that residents can afford.

Here's an overview of the policies and how they could affect Philadelphians.

Philadelphia and other municipalities across Pennsylvania are now allowed to hand out tax abatements in exchange for the construction of below-market-rate homes, thanks to legislation Wolf signed Monday.

The legislation, sponsored by State Rep. Jared Solomon (D., Philadelphia), allows for up to 10-year tax abatements in certain areas with blighted properties if at least 30% of the housing built is affordable to households making 60% of the area median income, or $56,940 for a Philadelphia household of three. Municipalities also can implement a two-year tax abatement for new housing or home improvements as long as 30% of the housing on site meets this definition of affordability.

The legislation also allows localities such as Philadelphia to freeze property taxes for residents with low incomes, an option the city could add to the list of measures to help property owners whose taxes jumped up because of new assessments released in May.

The legislation "is going to really help a lot of folks in need and hopefully reset the affordable housing landscape for years to come," Solomon said.

It's now up to City Council to pass legislation for any of these changes to take effect. Council considered similar tax abatement measures during debate over the future of the abatement, but the city was unable to act without legislation in Harrisburg.

"By driving this policy through local control, we were able to say to folks, 'Look, this is an option,' " Solomon said. Offering choice and highlighting that the lack of affordable housing is not just a Philadelphia problem brought his fellow legislators around to support his bill, he said.

Among the organizations that support the tax abatements and property tax freezes are tenants rights advocates; the Housing Alliance of Pennsylvania, a coalition that advocates to increase the supply of affordable homes for low-income households; Hapco Philadelphia, the city's largest association of rental property owners; and Habitat for Humanity Philadelphia.

Corinne O'Connell, the nonprofit's chief executive officer, said that especially given the high costs of construction, "anything that helps incentivize developers and helps reduce that cost to build affordable housing and/or helps lower the cost or lowers that barrier to obtain home ownership, that is smarter housing policy."

"This legislation gives local municipalities more tools in their toolbox to help incentivize affordable housing," she said. "So that is a win."

The Building Industry Association of Philadelphia advocated for the legislation, which makes building affordable housing "economically advantageous" for the private sector to do at scale, said Mo Rushdy, the association's vice president.

With buy-in from the private sector as well as the push to dispose of public land for affordable housing and City Council's Neighborhood Preservation Initiative, "there is no reason why we can't produce thousands of affordable homes a year without state or federal subsidy," he said.

Help for home repairs should get easier statewide

Housing and energy efficiency advocates, home repair programs, and average Pennsylvanians trying to fix their homes told lawmakers about the gaps they have experienced in existing services: lack of funding, lack of coordination among programs, and lack of a skilled workforce to complete repairs.

Thanks to the American Rescue Plan Act and a budget surplus, Pennsylvania's budget includes funding for the Whole-Home Repairs Program, which provides grants of up to $50,000 for repairs and energy efficiency upgrades, allocates staff to assist people in navigating red tape, and pays for training to bolster the workforce needed to improve homes.

The program targets homeowners who make less than 80% of the area median annual income, or $75,900 for a household of three in Philadelphia, and landlords who own less than 15 rental units.

Pennsylvania's housing stock is old, and many property owners struggle to afford repairs. State Sen. Nikil Saval (D., Philadelphia), who introduced the legislation, said this program is the first of its kind in the country and could become a model for how to preserve aging housing stock while creating jobs.

Across Pennsylvania, blight is a familiar issue, he said, and "many people saw this as an early intervention in a cycle which leads to disrepair of homes, to abandonment, to displacement." The program, he said, is an investment that will repay itself "in stabilizing communities across the commonwealth."

The idea behind the bill was to tackle several issues at once, including the lack of housing that people can afford, unsafe homes that push out residents, the growing threat of damage to homes because of climate change, and inefficient buildings that waste energy and hike up residents' utility bills.

At rallies across Pennsylvania, residents and housing advocates spoke about people applying for existing forms of support and being unable to get assistance. Sometimes homeowners who want to weatherize their properties are turned away because their homes need other repairs. When small landlords can't afford repairs, tenants suffer or are forced out of their homes.

O'Connell, at Habitat, said Philadelphia can't build its way out of its lack of affordable housing. It also must preserve what it has, she said.

More Philadelphians will be able to get home repair loans

Repairing existing homes is a key part of Philadelphia's affordable housing strategy. So the city recently changed its Restore, Repair, Renew home improvement loan program to remove barriers that kept away some homeowners.

Through the program, created in 2019 by the Philadelphia Housing Development Corp., lenders offer 3% fixed-rate loans to income-eligible residents with credit scores above 580 who need repairs to their primary residence. Borrowers have 10 years to repay the loan.

The program assists people who earn a little too much money to qualify for grant programs but can't qualify for, or afford, traditional loans.

Residents who qualify for a loan through the program can now borrow as much as $50,000, up from the previous limit of $24,999. Homeowners will have 12 months to wrangle contractors and get work done, up from three months previously. And the loan approval process will be streamlined.

Borrowers also will be able to pay contractors a deposit of up to 50% instead of 30%, which will increase the pool of interested contractors.

Jon King, an East Mount Airy homeowner, took out a loan through the program to renovate his kitchen last year - after going a year without a kitchen when his contractor stopped work because of the pandemic. He heard about the program from a neighbor who participated, he said, and now, "I tell everyone."

In this latest iteration of the program, Republic Bank is joining Univest Bank in offering loans to participants. The Philadelphia-based financial counseling nonprofit Clarifi helps homeowners through the loan and repair process.

Jill Roberts, director of advocacy at Clarifi, said she and others realized the program hadn't been reaching as many people as it should have because it wasn't accessible enough.

"The changes to Restore, Repair, Renew that we have announced today bring our vision of a city of healthy homes a little bit closer," Roberts said. "We've significantly reduced barriers to access for this program, which means that more homeowners will have the capital they need to protect their most valuable asset for themselves, for their children, and for the whole community. Together, we are building a better, more equitable Philadelphia, one repair at a time."